The pioneer from the 1960ies

Over 57 years ago the Fuchsfelgen legend started. Perhaps more than any other wheel the Fuchsfelge is so famous and delights so many people in the world. What began with the development of the first light weight forged wheel in series production, had developed over time into a legend of wheel history.

It all started in the early 1960s as Porsche developed the type 911 and a very special wheel was required for it. It was to have outstanding qualities and present new dimensions also visually pleasing. It had to be an alloy wheel. Apart from the attractive appearance, its low weight and the reduction in the unsprung mass that came with it promised a superior ride quality.

Cast-aluminium wheels could not meet Porsches requirements. OTTO FUCHS in Meinerzhagen was approached with an inquiry about the wheels for the new sports car. OTTO FUCHS accepted the challenge and developed the first forged aluminium wheel for series production, the legendary Porsche “windmill” wheel, which soon became well known as the FUCHSFELGE.

For more than 20 years the Fuchsfelge existed in the standard- and optional equipment. At first the Fuchsfelge was offered with a polished rim spider at the foreground and black painted at the background. Later the rim spider was totally black painted. Officially until 1989 the Fuchfelge was offered for Porsche cars (since 1988 as standard wheel for the 911 Carrera). To this day the classic Fuchsfelgen are sold by Porsche Classic.

At the beginning of the 1970ies OTTO FUCHS together with Mercedes developed the so-called "baroque wheel". Present on the market for fifteen years, the baroque wheel on the Mercedes became a legend as well.

The partnerhip with Audi began back in the end of the 1960ies. Forged wheels from Meinerzhagen were already featured on such innovative vehicles as the NSU Ro80 - a vehicle that is still recalled today not only for its revolutionary aerodynamic bodywork and Wankel engine but also for its Fuchsfelge.

Numerous models of innovative vehicles such as the Kadett GTE and the first BMW M5 have been equipped with forged Fuchs wheels. Looking back at he 1980s, 1990s and this millenium, you will find a forged Fuchsfelge on almost every model of the premium manufacturers such as Audi, Porsche, BMW, Mercedes, Lamborhini and Rolls-Royce.

Since 2010 we offer the Fuchsfelge in 19" for the current Porsche models. The unmistakable styling has been carefully scaled up, while maintaining the same proportions, to 19” and modified to the suspension of the new 911. The dimensioning of the wheel complies with the strict specifications of Porsche AG and takes into account the requirements of modern chasses and low-profile tyres. 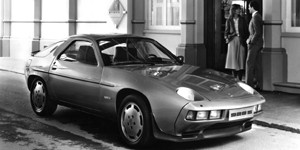 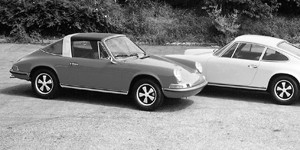 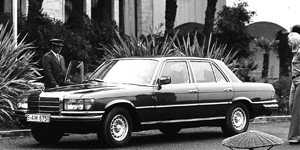